Sorry I didn't post yesterday but I was on a road trip to Cape Charles with 3 friends. We drove through the historic area to look at all the old Victorian houses that have been all spruced up in fanciful color combinations. Love the gingerbread trim and those wrap around porches. One huge house that sat on a corner had been all decked out on every side for Halloween. We visited the shops, took a break in a little cafe, then headed to the beach. Cape Charles has a huge fishing pier on the sound side of Chesapeake Bay. Before walking the pier, 3 of us decided to walk down close to the waters edge. (The fourth was wearing canvas shoes and was afraid of getting them wet.) We enjoyed walking up and down in the salty breeze. The water was really clean, unlike the bay side where all kinds of debris washes in and beach visitors are prone to leave junk too. It was very pleasant until the 3 of us decided to climb back up to the area leading to the pier. We chose a different place then where we had stepped down onto the beach. I got to go first. And suddenly what had apeared to be hard packed sand gave way when I put my foot on it. I was pitched forward and landed from the waist up in some kind of seaside plants that has spikey seed pods (I forget what we called them when I was a kid). From the waist down it was mostly sand. Fortunately my head and neck didn't make impact with the pods but elsewhere I had many many of the prickly things clinging to me. Most were on my left forearm and elbow because I'd put that arm out when I was falling. But they were also stuck through my shirt to my breasts and stomach, and a couple pierced my jeans on my calf. We used a tissue wrapped around our fingers to pick the things off but some of the spikes broke off in my skin and it was hard to grasp the bits above the skin to pull them out. There were a few I couldn't remove until I got home and used tweezers. My left palm, elbow and foreman are still painful after digging the spikes out. Such fun! But I wasn't about to destroy the day so we walked the pier, watched the lone fisherman up there catch a sea bass, watched the sand pipers (so cute) running in the surf looking for tasty bits. We drove a little further up RT 13 but didn't see anything interesting so stopped and had a meal at Stingray's Restaurant before heading home.

In other news, my grandson, Tyler was elated his Boston Red Sox won the World Series. 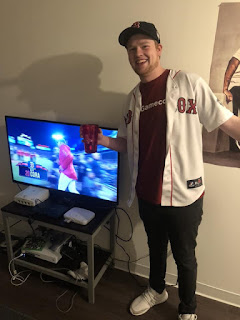 My son and DIL bought their first home yesterday, a townhouse in Mechanicsville, PA.

Last night after tending to my wounds, I decided to spend the rest of the evening with my husband so didn't post. But the 8th zip of Autumn Elegance is Halloween themed anyway and here you go: 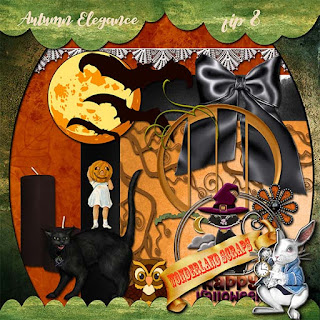 Link: https://www.dropbox.com/s/nsegrkb7klphp7m/ws_AutumnElegance_8_Hallo.zip?dl=0
Hope you have a safe and happy Halloween.
Posted by SherryD at 6:38 PM 2 comments:

Waving at you from Norfolk, VA! Thanks for note about Vicki's group and Just Art. I'm in both too. Getting braver as you can see because I've been posting in the groups more. Do you go by GraanieEv in those groups? or are you Evelyn B R (I'm abbreviating) in Vicki's group? I'm on FB too (though I don't check in often) in case you want to chat. Hugs!
Posted by SherryD at 12:56 PM No comments:

I know many of you enjoy art nouveau and are also avid readers.
I just finished reading M.J. Rose's Tiffany Blues 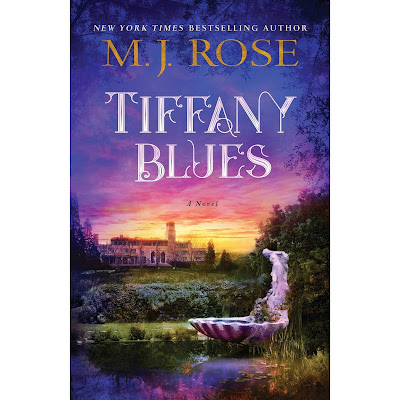 This novel was such fun! Selected artists are chosen to study at an art foundation run by Louis Comfort Tiffany at his Laurelton Hall estate. Rose describes Laurelton Hall in rich, exquisite detail. It is the 1920s in New York: Prohibition, speak_easies, art, romance, and mystery. Mr. Tiffany himself is a character. A delightful page turner.

Posted by SherryD at 9:15 PM No comments:

Writing this on Friday in advance. Yesterday I made my three month visit to pulmonologist. Thought the breathing test went easier and was surprised to learn I've lost another 2% of lung capacity. Down to 70% now. But the PA said it might just be change in temps and sinus problems contributing so nothing different until I go back in January for re-testing. Afterwards I ran some errands and then went for my flu shot. Turned out I was eligible for the Prevnar 13 pneumonia vacine which pulmonologist had said he wanted me to have. So I came away with flu injection in right arm and pneumonia one in left. Yes, my arms are sore but so long as I don't get sick from either, that's okay. Temps here fell to 52 degrees and it is raining but tomorrow might be clear. Still working at art journaling. Made a page for a friend who is grieving for her mother. Have ideas on two other pages but they are more complicated so still just planning.

For Saturday we have this following zip which includes a little doll who is ready to go out for a walk among the falling leaves. 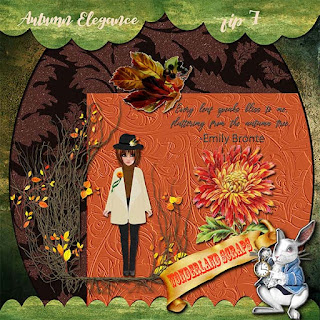 I've got a zip ready for Tuesday but have got to get busy this weekend to ready the following week.
Posted by SherryD at 11:00 AM 1 comment:

The golden tints of autumn - freebie

Today a touch of golden sunshine and juicey pears. 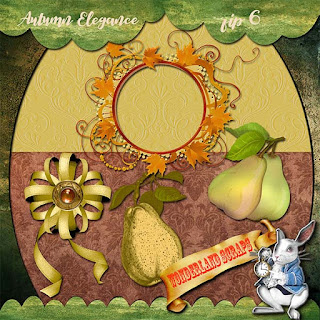 Think I mentioned that I joined Vicki Robinson's art journal group? There are a lot of deep, heart felt things I'd like to do in art journaling but words have always been my thing. I can't draw or paint like my son, Jeremy. I'm approaching art journaling digitally and to get into the habit of creating pages and become brave enough to tackle serious issues, I'm currently working mostly with quotes. It's still a way to experiment with creating more "artsy" textures and so on. Here are the most recent pages, some very simple indeed.
I love a lot of Rumi's quotes. In this page I was focusing on background texture. 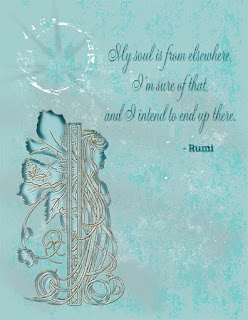 This one just a whim on an October day in the 80s! Today we are at 55 degrees. 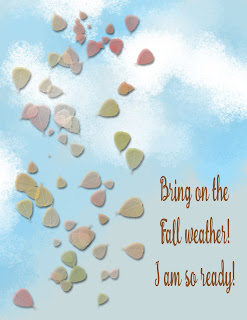 Another light hearted one 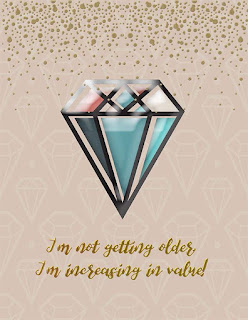 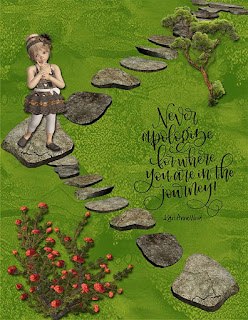 And here is your next Autumn Elegance zip. This one will make you crave a chilled glass of wine. 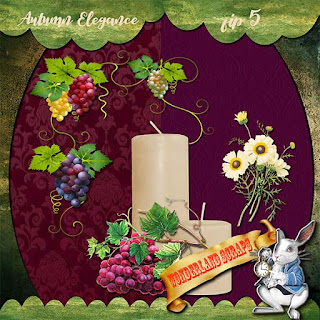 Another week flown by and another freebie

Since I've had a lot of health issues this month, I've had more time to read. In bed, I usually read from my Kindle. Did you know, even if you don't have a Kindle you can download a free Kindle reading app for your computer to take advantage of a lot of free or almost free books on Amazon? One of the lastest I've read was Near Death by Glen Cooper. To quote from Amazon, here is info on the author:
"Glenn Cooper has a background in archaeology from Harvard and practiced medicine as an infectious diseases specialist. He was the CEO of a biotechnology company for almost twenty years, has written numerous screenplays and has produced three independent feature films. His novels have sold over six million copies in thirty-one languages. He lives in New Hampshire."
I've read three of his other books, The Tenth Chamber, The Resurrection Maker and The Devil Will Come and all were good reads. Let me tell you a little about why Near Death was interesting. Ask yourself these questions: What if there was absolute proof that an afterlife exists? How might that effect religion and society? What if there was a way you could briefly sample the afterlife while still alive? Would you be willing to take a risk? How do you think that sample might change you? Cooper's protagonist is a neuroscientist who had a near death experience as a child and has examined numerous reports of near death experiences to determine the commonalities. He is convinced there must be something happening in the brain in those moments and becomes obsessed with understanding what happens in near death experiences and reliving it again. A bizarre series of murders brings an FBI agent in to investigate. Read to see how it all ties together.

For today we have a couple papers, an overlay, bow and frame. 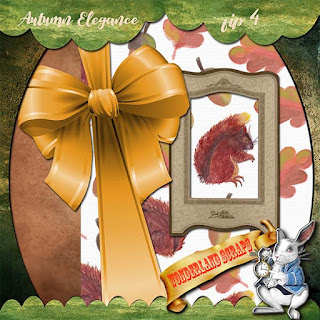 Today we have a little fruit,a journal card, double frame and bright papers. 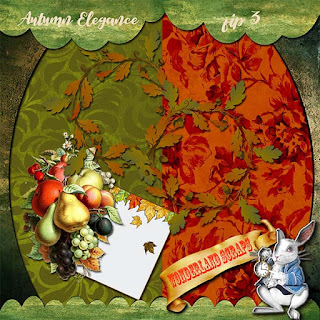 Have been fighting chronic fatigue and headaches again. Trying to do a little art journaling each day, even if I don't finish what I start and finish on a different day. Here are a couple recent pages: 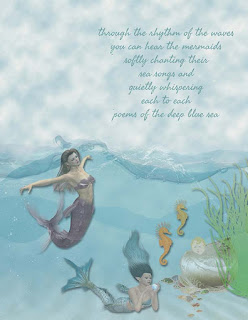 This one useed Vicki Robinson's "Breathe: 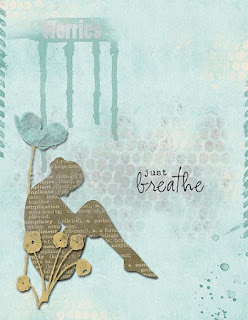 This last was inspired by a photo I found on-line and a quote I know: 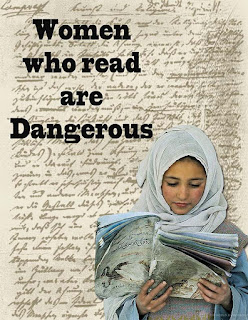 Pre-scheduling because my son and DIL will be dropping in for a visit on their way home (PA) from Nags Head. Expecting more company this week too because grandson will be coming home for fall break. 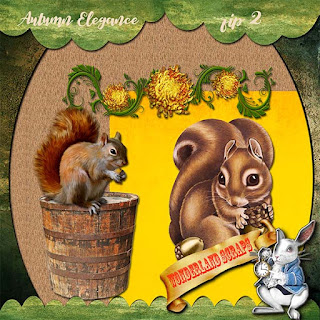 I'm back with a new freebie. Took awhile to get going on it because I had a couple days of sinus and migraine headaches. Think the weather (ie hurricanes) had something to do with it. Hope everyone is doing well and escaped the wrath of the storms.

This kit, Autumn Elegance should run into November. I do not plan to make a separate Halloween kit but I will have a day - on 10/30 - with some Halloween elements. Looking ahead to having a Thanksgiving day zip too. Most of the Autumn Elegance kit can be used in layouts for both holidays. 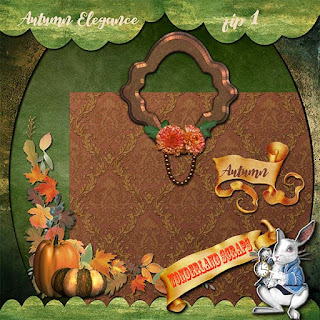 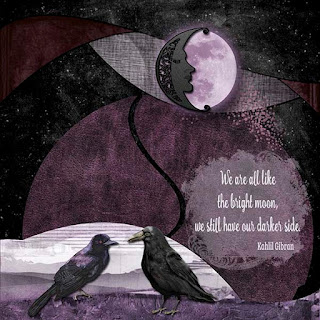 I made a bunch of stamps from vintage images while working on the Mermaid Journal. Thought you might like to have them. 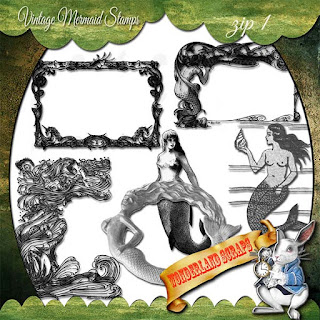 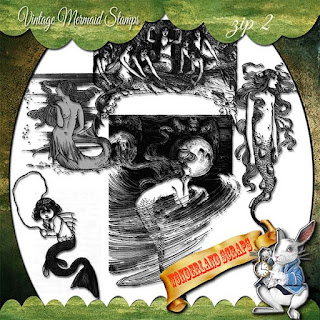 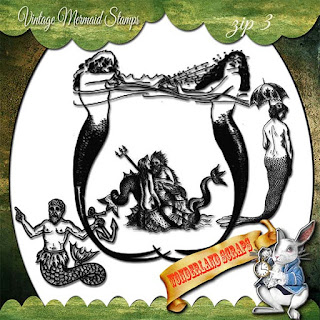 Have a great weeekend!

We've come to the end of this journal kit. I didn't think I'd carry it out so far but there are about 40 papers in various states and lots of elements and word art. In this last zip, you get another merman and merbaby. 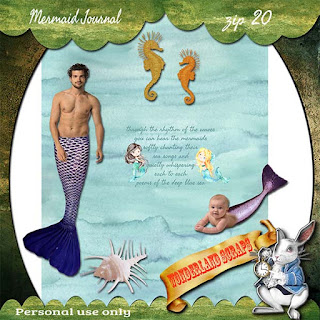 I'm going to take some days off to work on an autumn kit for you.
Posted by SherryD at 11:00 AM 1 comment:

First, a shout out to Kristy, a long time blog follower, who is busy caring for her parents. So good to hear from you! Keeping you in my thoughts and prayers, knowing how challenging it is to care for our elderly loved ones.

Still tired from my weekend excursion but trying to get things underway again. I've been participating in Deepak Chopra's "Self Discovery Workshop" and also joined Vicki Robinson's art journal group and Alison Bright's 30 day art journaling challenge. This is one page I made using Alison's prompt about sights, smells, and sounds that tell you you are home. 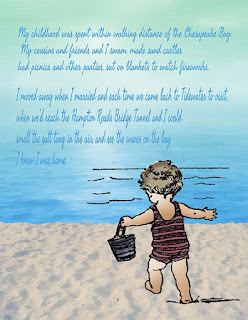 I made the stamp of the child from an old drawing in a children's book. And I made this page with our Mermaid Journal: 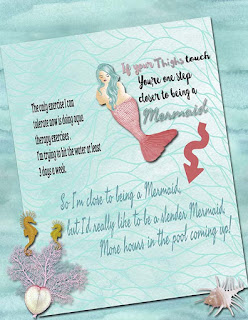 Had an odd dream last night that will be my next journal page - if I can figure out how to capture it. 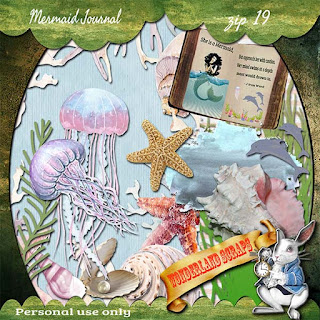