It's a busy season for most of us what with holidays to prepare for. Here at my house all is in chaos. Dear hubby's back is out again, he's frustrated by his disability, barely making it through the work day, and depressed.

I'm trying to remain calm and remember that somehow all is unfolding as it ought even though it feels like things are unraveling. Tuesday started with a bang - literally - as hubby reached inside the fridge to get something and the big plastic canister of coffee hit the floor, spilling out about half. He yelled for me to help as he is not able to bend. This was at about 3:30 a.m. and he was cranky with pain and mean as a bear! While I tried to sweep up the mess, he complained about the waste and how ridiculous it is that there are only two of us here but the fridge was so full he couldn't pull one thing out without a disaster. It was packed because I'd gone to Costco Monday afternoon and had been too exhausted to package up the meats and put in the freezer. I buy meats and canned goods there in bulk so I don't have to shop so often. He was disproportionally upset over the incident and went into the alls wrong with the world mode people tend to get into when over-stressed. Won't go any further with that except to say I was then too upset to sleep once he left for work.

Next I realized that I was getting another outbreak of shingles. Now that's just jolly. Took my anti-viral medication and tried to get some sleep but I had a biopsy done the week before, removing a suddenly suspicious mole on my breast and the area was somewhat inflammed and sore so I couldn't get comfortable. Finally, I got up, brought a cup of coffee back to bed and sat there consciously making an effort to turn these seeemingly bad things around. I realized that it's fortunate that I'm not having much fibro pain right now so I'm better able to help John. And while the mess this morning was inconvenient, we're fortunate because we can afford to buy more coffee; I know some people whose budgets are stretched so thin, such an accident would have been more important. Aren't we lucky I could stock all those groceries that had the fridge filled. As for the shingles, well, I caught it early at just the tingling, itchy point - only one small bump - and I'm lucky to have the anti-viral on hand. When I called my doctor about the biopsy site, I was told to come in that afternoon. It's not infected, just healing slow. It was treated and while that was painful, I came away assured there was no problem and prepared with an ointment and bandages to promote faster healing. And when I got home from the doctor, I got an apology from hubby.

It's far too easy to dwell on what's wrong when a lot is going on and we start feeling overwhelmed. I'm making an effort to stop myself and focus on what is right with my world. Gratitude is a beautiful thing!

During all the hustle and bustle that accompanies the holiday season, I think it would do us all good to make a point everyday of thinking about at least three things we are grateful for. What are you grateful for today?
Posted by SherryD at 1:24 AM No comments:

New in my shop 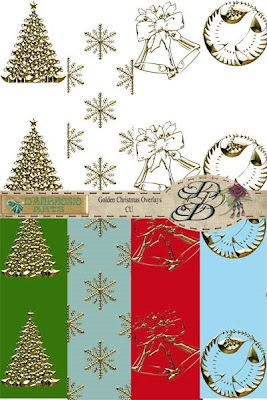 This one exclusive to Digital Designers Den: 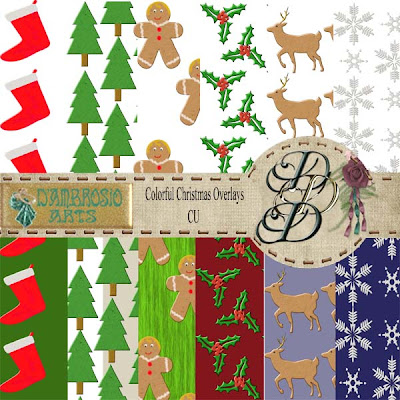 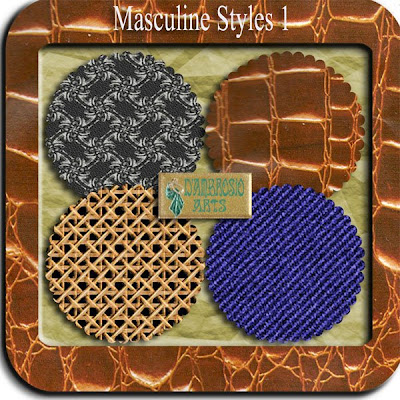 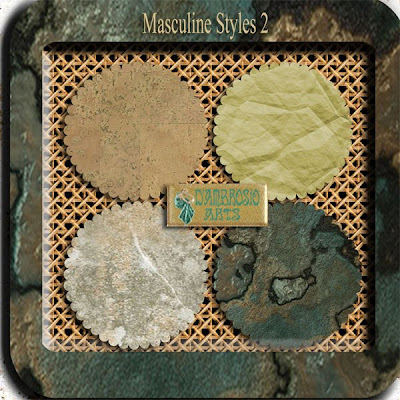 Posted by SherryD at 5:58 PM No comments:

31 years ago today a miracle arrived in my life, my son, Jeremy Ryan. He's going to a Christmas party in Richmond today and I won't see him until Christmas, but I spoke with him last night and was grateful to hear him sounding relaxed and happy. I consider Jeremy both a birthday wish come true and an early Christmas present - the best one ever.
Posted by SherryD at 5:54 PM No comments:

At this time of year, memories come hard and fast. They feel more intense. Is that a symptom of seasonal affective disorder as more of us spend longer hours indoors? Or is that during this holiday season we are so often enjoined to be jolly? Maybe it's a little of both, or simply that we tend to hold clearer memories of major events and holidays like Christmas fall into that category?

Wednesday morning I found myself mired down in memories. That is not to say that some weren't pleasant, because many were, but they were bittersweet. Sweet memories of earlier years spent with family and friends. Bittersweet now because some of those people I loved have left this earthly plane to return to God. I can't help but miss them and wonder, what if? Because regrets sometimes follow along on memory's coattails.

And it was much on my mind that a number of my friends were having bouts of the blues right now. The past two weeks has brought news of two deaths and a number of friends are facing serious health issues. I lost my mother to lung cancer about five years ago and it still seems strange to think she won't be here to share the holidays with us. Two friends who are dear to me, sisters, just lost their mother, a woman I often called "Mom" because she reminded me of my mother. They certainly aren't having a jolly holiday season. I understand the process they are going through right now and my heart goes out to them.

Another dear friend, (I've written about her before) called me last week with the results of her most recent MRI. A two time breast cancer survivor, she was diagnosed with lung cancer this time last year. The MRI now shows tumors in her brain and she's begun radiation. She's still fighting for her life but was able to laugh at herself because she was worried about her hair. Her hair was just growing back from the chemotherapy earlier this year, and she had been hopeful that she'd be able to have a nice, if short, hairdo for her daughter's wedding in April. She joked about vanity, trying to ease the sorrow she heard in my voice. And cried because she can't remember enough to be able to put her products in our digital scrap booking store. "Please don't be upset with me for not having my shop complete," she said. We both know the shop is just a symbol of all the things she wants to do, of all the tasks she fears will be left incomplete. And we pray for a miracle.

Another friend, who had survived a major automobile accident some years ago faces the anniversary of the accident with unwanted memories. She suffered a spinal cord injury and was told she'd never walk again. With courage and determination and a lot of hard work, she did walk again, taking as her motto: move fearlessly. When she mentioned feeling blue as she faced this anniversary of an event that radically changed her life, she sounded a little embarrassed, as if it was wrong for her to have the blues. I'd say it's only natural. And I want her to know that I admire her very much. I'm grateful she survived and became stronger for it. I'm grateful for the inspiring example she sets and for her friendship.

I was worried too about another dear lady who was to have a biopsy for suspected breast cancer. The paternal side of her family is like the maternal side of mine, a case for the weak gene theory of cancer with many different types of cancer being found in her relatives and all instances being terminal. However, this story has a happy twist. Her biopsy revealed the mass to be nothing more than a large, fluid filled cyst of common variety. She'll sleep better tonight and so will her friends who have been concerned.

Wednesday was not a good day. My emotions got the better of me. I was weepy and felt out of control. Thursday (the day I wrote this) was a better day. No, I didn't accomplish half of what I wanted to because I hadn't slept well and was tired. But that's okay. Important things were taken care of: I told my husband I loved him, made sure he had a nice dinner even though I had a late afternoon nap. I finished some gifts for my nieces. Mailed off some Christmas cards with letters inside. I enjoyed some memories, recognizing that things change but behind it all is love and we can't ask for more than that.
Posted by SherryD at 5:44 PM No comments:

Decoration of the day

Let the ThingaMaJigMachine make a different clipart decoration for you every day. You can use ThingaMaJigs in ANY design project: scrapbooking, game development, photo albums, web design, etc. Click the info button for Tips...
Posted by SherryD at 12:48 PM No comments: