Must Have For Your Next Tea Party

I'd like to share a discovery I made on ebay recently. I happened across a shop called Rose Breeze Boutique and if you are a tea lover like I am, you will want to check it out. The owner, Katie, makes the most adorable rose tea favors. I love them all but at my age I don't have a lot of baby or wedding showers going on in the family so don't really need a lot of these. However, I'm expecting to make an out of state visit soon and will be having a small tea party with my friend, Liv. I thought the flowerpot rose tea bags would be a charming little touch. 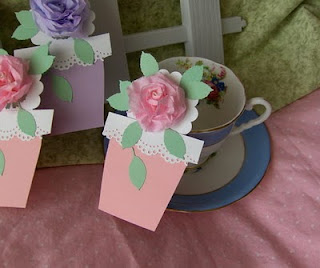 These are even more beautiful in person! The rose contains a tea bag so the whole rose goes into the cup to brew. I hate to use these so will be ordering more just to show off. And there are a number of lovely designs to choose from.

I think these roses on "stems" would be great tucked into a centerpiece the next time I give my granddaughters or nieces a tea party. Then afterwards each could take one home as a favor. 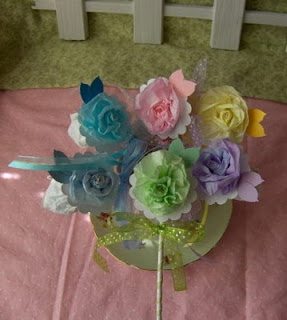 I asked Katie's permission to show off her products and give you the link to her ebay store. Here are some precious favors for a Baby is Brewing shower: 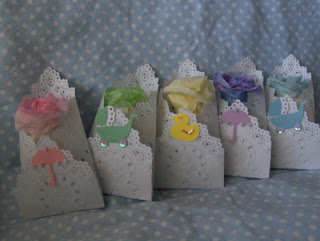 You will want to chose the decaffinated version for Mommie to be.

And for a bridal shower, what could be better than an bridal tea? Make it elegant and feminine and use these bridal shower favors: 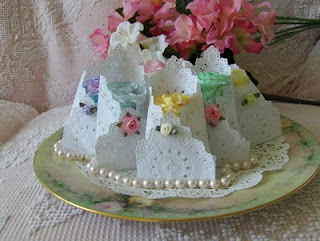 Or give them as favors at a wedding reception. There are also wonderful dress favors perfect for a bridesmaid tea or to be included in a gift package for the wedding attendants. They could decorate the package and serve as tags: 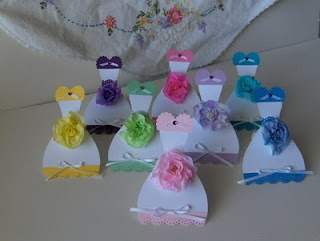 You can also purchase just the roses in bulk for a club tea or such. What a clever and charming idea! Please do check out Katie's store here:
http://www.ebay.com/sch/rose*breeze*boutique/m.html?_trksid=p4340.l2562
And tell her SherryD sent you, please.
Posted by SherryD at 10:54 PM No comments: 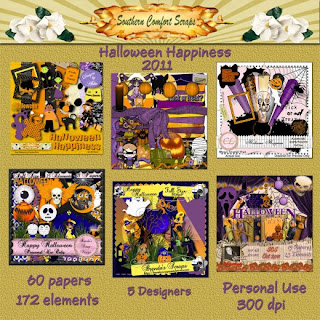 Please stop by Southern Comfort Scraps & see our latest collaborative kit with a Halloween theme.
You can find it here:
http://southerncomfortscraps.com/index.php?main_page=product_info&cPath=90&products_id=1440
Posted by SherryD at 12:02 AM No comments:

The Language Of Flowers: Debut Novel By Vanessa Diffenbaugh A Must Read 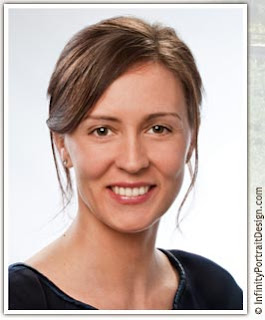 I have been fascinated by the Victorian era for as long as I can remember. As best I can recall, it probably started when I began reading 19th century British novels back in fifth or sixth grade. The culture as described by Dickens and Eliot and so on was rich in detail and full of curious customs that were intriguing. Much, much later, as a graduate student, I made the 19th century British novel one of my speciality areas.

When you mention the Victorian era, most people think of excess. Images of Victorian fashion with an excess of flounces, ruching, ruffles and so on come to mind. We think of the "gingerbread" trim on stately homes. Or perhaps images of Victorian interiors such as a parlour filled with intricately carved furniture and fireplace mantels, Oriental vases filled with peacock feathers, paisley shawls from India draped across pianos and tables, a heavily embellished crazy quilt of rich fabrics across the back of a sofa. Such images are, of course, drawn from the better known lives of the well-to-do portion of the population. Victorians loved, not excess, but detail in craftsmanship. They were intrigued by the designs of the various cultures the expanding British Empire encountered. Those who could afford to indulge in such pleasures did so. This same privileged class also greatly enjoyed entertainment that included, beyond the usual fondness for classic arts, games, mysteries of all sorts, and intrigue. There were various courting games and practices (often referred to as 'conceits') such as the Language of Fans, a type of flirting in which specific movements of a lady's fan advised a would be suitor of her inclinations, the Language of Gloves, gifts of R.E.G.A.R.D. rings and so on.

The Language of Fans and gloves and REGARD rings have vanished but a vestige of something called The Language Of Flowers remains with us today in the common knowledge that a gift of roses is intended to be symbolic of love. A charming little book, The Language Of Flowers, illustrated by the famous Kate Greenway is perhaps the best known of surviving books that purport to assign meanings to various flowers and plants. This symbolic system of communication was very popular in Victorian times and formed a well loved part of courtship. Ladies would delight in receiving and deciphering the messages contained in bouquets and nosegays. I've owned a copy of Greenway's book for many years and I once had a sideline creating silk floral arrangements for weddings using it's symbolism. I included a card with each arrangement to explain the wishes conveyed by the flowers. Naturally, when I read Pump Up Your Book was representing Vanessa Diffenbaugh's debut novel, The Language Of Flowers, I was eager to read it. My thanks to Pump Up Your Book and the publisher, Ballentine Books, for an advance reading copy.

Diffenbaugh does not disappoint. She grabs the reader with the first line: "For eight years, I dreamed of fire." Stop; don't read any further. Fire is a powerful symbol in and of of itself. We know what it is, what it can do. The word alone is enough to start adrenalin flowing, isn't it? With that line, the reader enters the present day world of the principal character, Victoria Jones. It is Victoria's eighteenth birthday and she is about to be emancipated from the foster care system. The birthday greeting she is given by the other girls in the group home provides a vivid glimpse of the world Victoria is about to leave. It also causes the reader to wonder what it is about Victoria that warrents such behavior.

Victoria is not a character the reader instantly loves. She is not charming, beautiful, or especially talented. Victoria does not communicate well or relate well to others. She is angry and unpredictable. It is only through the alternating chapters that offer glimpses of Victoria's past that the reader gains a little understanding of the reasons for her behavior and feels more compassion for her. Near the end of the first chapter, Victoria does something that brings the light of hope into the darkness and draws the reader closer. About to head out into the world on her own, Victoria leaves a gift of a purple dahlia for each girl at the group home. She knows the girls won't understand her secret language but it's important to her to leave them a message of hope for their futures.

Victoria's own future is uncertain. The foster care system isn't set up to adequately prepare foster children for a life on their own. Although Victoria is allotted three months in a transitional home before being thrown entirely on her own, she doesn't receive the guidance or training she needs to make her own way. She ends up homeless, living in a public park until a local florist gives her a chance at employment and discovers her talent with flower arrangement.

Once Victoria used the language of flowers, learned from a foster mother, to express sentiments best left unspoken in the world of foster care. Sentiments like grief, anger and hate. This takes a turn around as she discovers in her florist work a gift for helping others by creating arrangements based on the language of flowers. Here again, hope asserts itself. The interactions with customers who need her special gift, a budding friendship with the florist, Renata, and a few others Renata introduces her to, cause Victoria to begin to have hope for herself.

When a trip to the floral market with Renata introduces Victoria to a young man (Grant) who seems to understand her secret language, Victoria's world expands further. This reader, who did not like Victoria at first, was carried along learning about the young woman as she considered her past, re-evaluated actions that had brought her to this point, and explored the new feelings awakened by the developing relationship with Grant. What does Victoria decide about what family means, second chances and the possibility of redemption? You need to read the novel yourself and find out first hand.

I know of at least one critic who argued that the novel's ending was too sweet, too much light after so much darkness. However, we are too familiar with horror stories about the foster care system and while it definitely needs improvement, as the author can attest from her own experiences as a care giver, don't we need a little light in the darkness? Let us remember that the human spirit is capable of enduring much and still bringing forth it's best qualities. Or, as Diffenbach's site asserts: "Any one can grow into something beautiful."

Vanessa Diffenbaugh, thank you for a good read! I send you a bouquet of Canterbury bells (gratitude), laurel (in recognition of your success), sage (good health and long life), Lupine (imagination) and forsythia (anticipation of your next novel).
Posted by SherryD at 12:00 AM 1 comment: 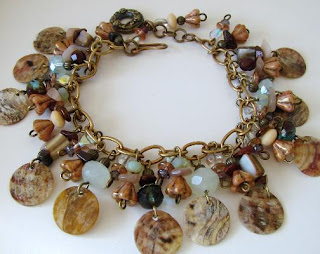 This beautiful bracelet - more beautiful in reality - was created by Jill Raney Wright. And, as a sweet surprise, Jill sent matching earrings! She does wonderful work so be sure to check out her Yardsell here:
http://yardsellr.com/yardsale/Jill-Raney-Wright-122425
Posted by SherryD at 3:26 PM 1 comment:

Please take a look at this kit and purchase it you like it. You'll be helping children in need.
Link to Kit: http://southerncomfortscraps.com/index.php?main_page=product_info&cPath=95&products_id=1369
Posted by SherryD at 1:43 PM No comments:

My Alice's Altered Art line at Southern Comfort Scraps has a new kit. I'd been collecting Japanese backgrounds for some time so this kit has 42 backgrounds! Backgrounds are sized at 2.5" x 3.5" for artist trading card makers. However, this translates to 750 pixels by 1050 pixels making the kit work for taggers too. I left 9 of the backgrounds in greyscale so you can color as you like. There are 53 elements, a few of them greyscale too.

You can find the kit here:
http://southerncomfortscraps.com/index.php?main_page=product_info&cPath=1_4&products_id=1368

Here are previews and examples of an ATC and a tag made with the kit: 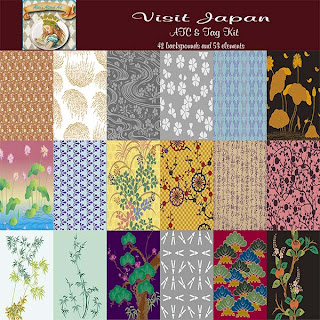 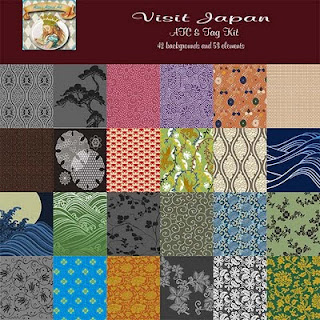 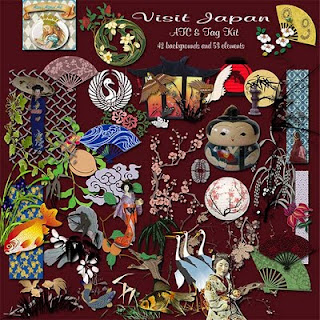 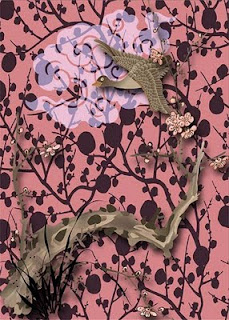 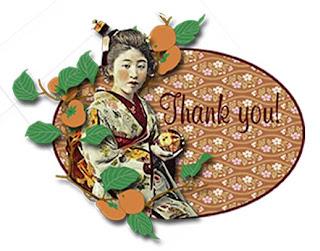 Come see Rainy Days and Mondays, a new collaborative kit at Southern Comfort Scraps. If you spend $8 anywhere in the store, you can get it free. Or you can pay just $4. Find it here:
http://southerncomfortscraps.com/index.php?main_page=product_info&cPath=90&products_id=1367
Posted by SherryD at 10:28 PM No comments: