It has 18 zips consisting of 48 papers and 147 elements.
The theme this month is Vintage Scrapbook and you will see an awesome variety of Vintage elements and papers that will delight. The colors are lovely, ranging from soft pale greens and mauves to a more vibrant tone of these colors to set them off, then pale grays and browns going into harder shades of the colors and to top them off we have a rustic red and an off white. This kit surely has something for everyone.

Buy it here:
http://digitaldesignersden.com/store/index.php?main_page=product_info&cPath=145&products_id=1205
Posted by SherryD at 12:16 AM No comments: 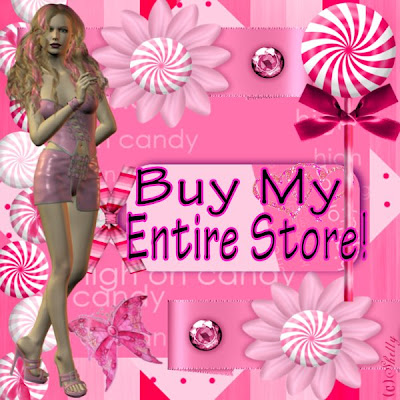 A really good deal on Shelly's products, most of which are CU and includes wonderful Poser figures. You really can't go wrong.
Posted by SherryD at 12:06 AM No comments:

It's been crazy for the last several weeks so blogging was out of the question. First, my bisniess partner, Echo, was ill and our webmaster was unavailable as she sorted out family matters, so I was left running Digital Designers Den by myself. Not too bad really. No sooner had Echo returned to work then I was getting ready for vacation. My husband and I planned to take our grandson, who is ten, to New York city for the first time. We were supposed to leave July 5th.

In the wee hours of morning, I suddenly developed sever renal colic. Everything was packed, tickets for the Mets game that week had been purchased, other arrangements and appointments set. Had hubby drop me off at the ER and go on with the trip. About 6 hours later, still in lots of pain, I was released and had my father pick me up at the hospital.

The next 2 weeks plus went by with me drinking lots of fluids, taking pain and nausea medication that made me want to do nothing more than sleep, and trying to get int to see the specialist.

As I was beginning to feel a little better, one of our cretive team members noticed something odd happening in the DDD gallery. We were able to contact our webmster who was traveling so she could investigate. That was the beginning of the trouble that resulted in DDD being off-line for a couple days the following week. Seems our store and several others were hacked with a virus that attaches to index files and targets FTP. Took a lot of work by our web guru, but DDD is back up and running.

I'm still trying to catch up on things around the house that were left undone while all this was going on but things should soon be back to what passes for normal here.
Posted by SherryD at 11:56 PM No comments:

Here are just a few of our products. There are many more.

Posted by SherryD at 6:27 PM No comments:

New products in my store

I just finished 3 new overlays sets (4 overlays+ to a package) and put them in my store here:
http://digitaldesignersden.com/store/index.php?main_page=index&manufacturers_id=4

These overlays were made with some of Sweetmade's wonderful brushes. No, she doesn't normally allow her CU products to be used to make more CU products but I work for her on her CT and she was so kind as to give me permission to make and sell these. Right now, we're having a huge 55% off sale at Digital Designers Den on my products (D'Ambrosio Arts), Echo's products (Echo's Scraps - most are CU!), and Vintage Vixens our collaborative line. I'm getting ready to head to New York City with my husband and grandson but will try to show you a few papers made with these before I leave, if I can. Some of these overlays are layered to allow you more options. For instance, in the Sweet Victorian Romance package, see that gold one with pansies in the center? I thought it would also look great with rosebud centers so I'm giving you both the gilded grid and a greyscale one, the pansy insert in greyscale so your pansies can be colored as you choose, an insert of pink rosebuds, and one of red rosebuds. You can make lots of pretty papers with these. 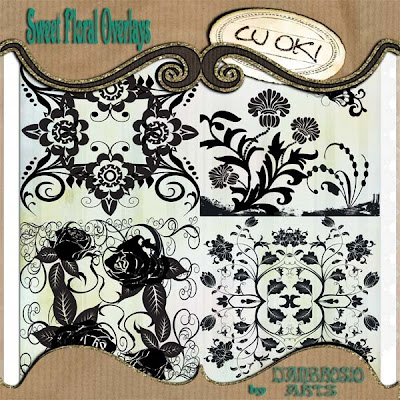 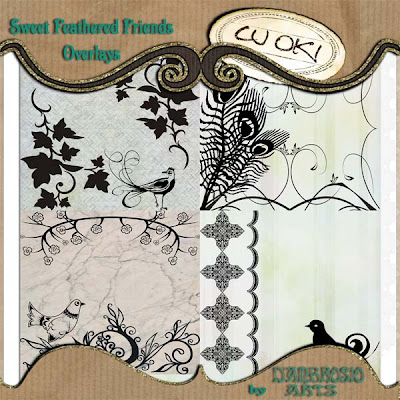 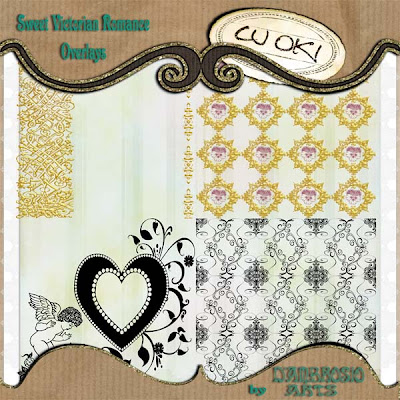 Posted by SherryD at 6:10 PM No comments:

Here are two pages I made with Southern Comfort kit by my friends Echo (Echo's Scraps) and Janette (Dragon's Lair Designs): 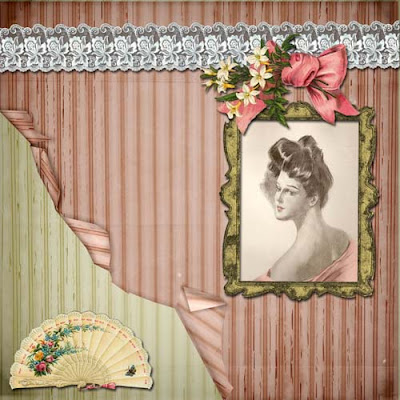 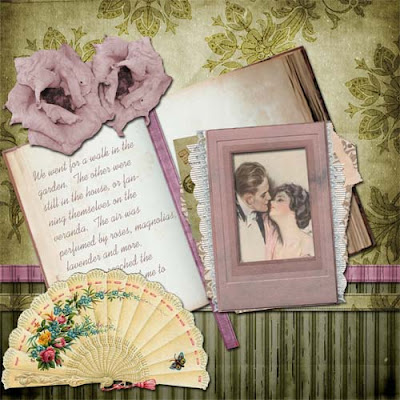 You can find this lovely kit at Digital Designers Den:
http://digitaldesignersden.com/store/index.php?main_page=product_info&cPath=116_2&products_id=953
Posted by SherryD at 6:07 PM No comments: