I just finished publishing this week's newsletter and was trying to decide if this sinus headache is going to let me work or not. I think it's probably not so I'll just blog a bit instead. Finished two good novels last week. One, The Beachcombers by Nancy Thayer, was a loan from a friend. I really enjoyed it and found myself thinking it was a little like a modern day Little Women. There are only 3 sisters, not 4 as in Little Women, but Beth in Little Women didn't have much to do except to provide a touch of drama and selfless sweetness. In The Beachcombers the 3 sisters grew up on Nantucket and all but the youngest had left home. Romantic and financial crises send the middle sister, Emma, home. Her depression is so deep that the youngest sister, Lily, summons the eldest sibling, Abbie, to return from England to help her rouse Emma from her bed. Meanwhile, the father is having some issues of his own. The downward trend in the economy has caused him to lose work. To help make ends met, he has rented out the playhouse cottage in the backyard to a woman who has come to Nantucket to escape her own problems. It's been many years since his wife committed suicide and he hasn't been seriously interested in anyone. Now he finds himself falling in love with the renter, much to the concern of his daughters. That's the basics. I say the daughters reminded me of Little Women and here is why. The eldest, Abbie, was 15 when her mother died and she took over care for her sisters. she is a homebody much as Meg March was. She organizes, referees, and cares for those around her. When Abbie is home all things are in order. Emma is like Jo March in that she shoulders a lot of responsibility for the family, or did before her world fell apart. She's smart, went to college to become a financial investment counselor. Emma had a great job and was putting money into a savings account for her father's old age when she lost her job and her personal life fell apart too. She is more emotional than Jo, but when she pulls herself up out of her depression, she again is concerned with helping the family make ends met and works hard to do her part. Last, there is Lily, the youngest, the family pet, the beauty. Like Amy March, Lily has been spoiled to some degree. Like Amy, she feels more keenly than her sisters the smallness of their world on Nantucket and the lack of material possessions. Lily wants to wear beautiful clothes and jewels, met fascinating people, and travel. Her job as social journalist for the local newspaper allows her to meet some of the wealthy people who come to Nantucket for the summers. At one such occasion she meets the equivalent of Amy's Aunt March, a wealthy woman named Eartha who takes Lily under her wing and opens doors for her. Get the book and read it to find out how the modern Little Women make their way in the world. You can find it here: http://www.microsoft.com/isapi/redir.dll?prd=ie&ar=windowsmedia 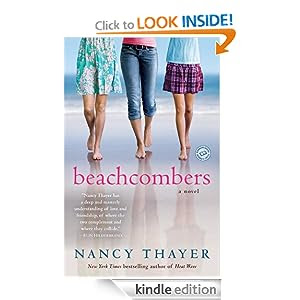 Was late mailing out newsletter but it did go out this morning. If you haven't signed up, you will find the widget to do so at the top of the blog. Or, if you'd prefer to just read it online you can here: https://madmimi.com/promotions/2670618/ have to admit that at this moment I'm feeling a little down as it would appear that while Mad Mimi is telling me the newsletter went out to Yahoo groups I designated, it isn't showing up there! Don't know what I've done wrong. I've added some kits to Wonderland Scraps:

The freebie this week is a quickpage made with Wonderous Wacky Tea Time:

I originally sent out newsletter with wrong QP example so had to send again with correct one. However, the link to the freebie goes to correct unscrapped QP. My apologies
Posted by SherryD at 9:22 AM No comments:

Digi Style Designs is getting ready for a storewide After Tax sale. Check store's front page for details. Many will have their stores at 35% off, others will offer different discounts. Here is mine, which I'm going to run at my other store, Scrapping Your Memories too: 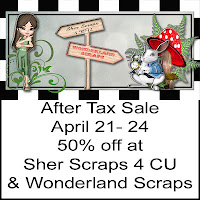 Posted by SherryD at 8:51 PM No comments:

Labels: sale
Have you signed up for my newsletter yet? In it you will find previews of new products, sale info, and a weekly freebie too. This is the current freebie, a CU4CU paper: 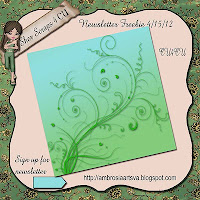 Want it? Sign up for newsletter above. Thanks
Posted by SherryD at 8:47 PM No comments:

All of my Easter products (PU & CU) are at 50% off in my shops at Digi Style Designs.
See, for instance, newest Easter kit Hopping Into Easter: 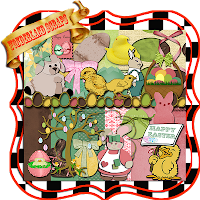 You can find it here:
http://digistyledesigns.com/shop/index.php?main_page=product_info&cPath=1_208&products_id=5334
And there are 4 more Easter kits too.

Sher Scraps 4 CU has a set of whimsical Easter overlays and some glitter eggs: 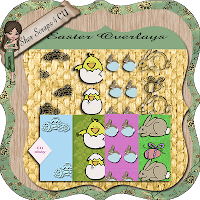 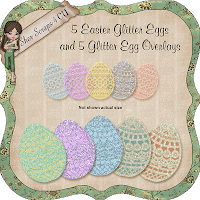 Posted by SherryD at 7:28 PM No comments: