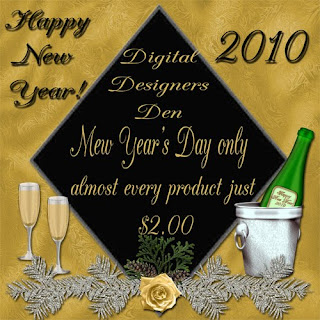 There are very few exceptions to the $2.00/product sale. In a few instances, large bundles have been removed for the day but that's about it. Lots of goodies - both PU and CU, so please stop by.

Hope you had a Merry Christmas

it was rather quiet at my house. My son and his girlfriend had planned to drive down from Richmond early Christmas Eve, celebrate with us, have dinner, stay late, then return home. He was scheduled to work supervisory shift at Patient First but became very ill with respiratory infection early in the week. He tried everything but only got worse and finally went in for treatment on Tuesday afternoon. Poor baby was totally out of it for Christmas. He had coughed so much his throat was too raw to speak and his chest felt like it was on fire. His girlfriend called to tell us he was on antibiotics and needed to stay home in bed. Got a call from yesterday; he still sounds awful but said he was beginning to feel better and had been able to stay up a couple hours yesterday and finally exchange gifts with his love.

Christmas Day my husband and I commented on how different Christmas is without the excitement of children in the house. We were both tired from all the doings earlier in the week so had a leisurely breakfast and sat around in our pjs for awhile, made a few calls to family and friends out of the area, then played on the computer for a bit. Didn't feel much like opening gifts so didn't.

In the afternoon my father and his companion came by and visited for about an hour before going on to have dinner at her son's house. Dear June, the last few holiday seasons have been tough ones for her. Two years ago, her daughter, who was a couple years younger than me, lost her battle to COPD and related diseases. That was between Thanksgiving and Christmas. Last year she lost the second of her sons to an unexpected cardiac arrest and had to fly to New York during Christmas to settle his estate. This Thanksgiving she had just had a place on her face biopsied. A week before Christmas she was told it was squamous cell carcinoma and she had to go in for surgery. Thankfully, all reports suggest the dermatologist got all the cancer and she is healing up nicely.

At 5:00, our friend, Brenda, who became a widow a couple years ago at Thanksgiving, came by and had dinner with us. After dinner we exchanged gifts and John and I finally decided to open those we'd gotten for each other. No surprises but all very nice. We sat and talked for hours, finally calling it a night sometime after midnight.

Yesterday we went and visited with our grandson and his family. The kids were happy with their gifts and everyone was in good spirits. From there we drove to Suffolk to see hubby's sister and her family. It was a pleasant visit with SIL, BIL, MIL. Our neices, all of whom are teenagers now, were too tied up with each other and their video games to visit with us. Disappointing that they don't have better manners; they had to be reminded by their parents to thank us for their gifts. Have no idea whether they lliked them or not as they seemed indifferent and eager to get back to their games.

All the running around and, I think, the let down of activity from all the recent shopping an d holiday preparations, got to me and by the time we got home, I was ready to crash.

Won't really feel like Christmas to me until Jeremy, my son, is here. I remember so vividly his first Christmas. He was just 10 days old and the lights on the tree fascinated him as did the Christmas music. Whenever I see a Christmas tree since then, I remember sitting in front of the tree with him that first year. Truly, Jeremy is the best Christmas gift I've ever received with the exception of God's gift to us all in the birth of Jesus.
Posted by SherryD at 10:51 PM No comments: 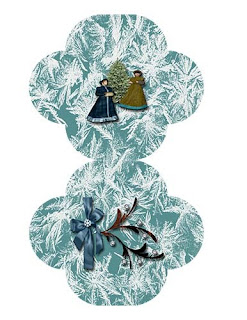 I didn't much care for the holders that came with some gift cards I bought, so made my own. I used my contribution to Digital Designer's Den Vintage Winter Holiday mega kit. Two cards holders will print to one 8.5: x 11" sheet of cardstock. Fold all tabs towards rectangular center and crease well. To assemble, fold bottom tab up and glue side tabs to it (or tape). When you fold top tab down you will notice there is a strip about 1/3" wide that is open; dont worry about this. Using scrap cardstock, cut 2 rectangles of 3.5" x 2.25"; these will become you message cards. Slip this blank card into the envelope you've created and and fold down the top tab to see where the blank space falls on the message card. I used this as a guide to lightly write in the recipient's name so it will show through when you glue top flap down. Remove message card and write your message. Tuck gift card into enelope and top with your message card. Glue top[ flap down. Now you have a pretty gift card holder that has a design on top side and on back shows who it is for. Hope you enjoy these.
You can get the free gift card holders here:
http://www.4shared.com/file/179016202/a9423bb7/DAA_vintagewinterholiday_giftc.html
Posted by SherryD at 2:05 PM 1 comment:

Just loaded this new kit to my shop, D'Ambrosio Arts at Digital Designers Den
http://digitaldesignersden.com/store/index.php?main_page=product_info&cPath=3_35&products_id=1455
It contains 18 papers and lots of elements for the kids, including big brother & sister created from templates by Kristi Wrestling and babies by Cheryl Seslar. 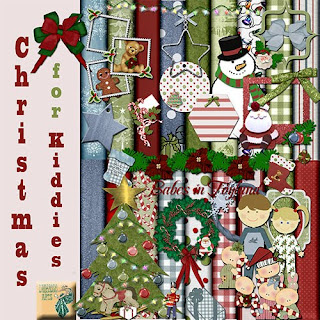 Made a quick page for you too: 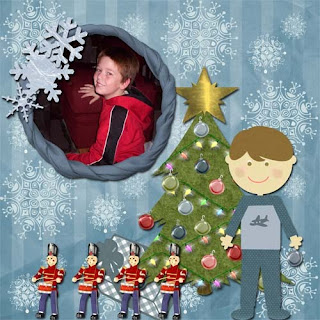 Hope you all have a Merry Christmas!
Posted by SherryD at 11:40 AM 1 comment:

Celebration at DDD & a freebie

Don't forget this week at Digital Designers Den we're celebrating and there are gifts for you: 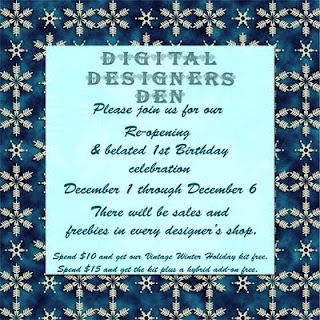 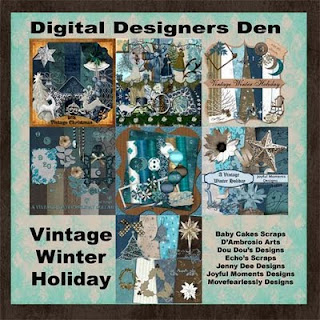 Here is the coordinating hybrid set: 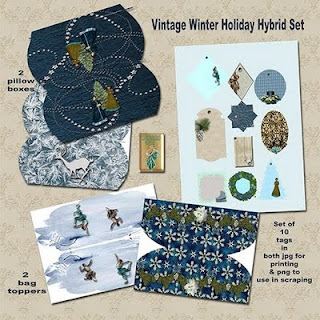 A close-up of my portion of the kit: 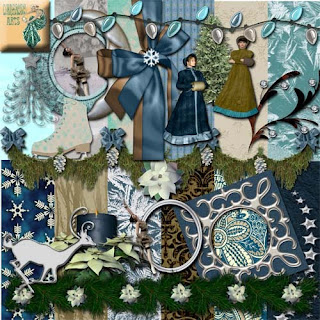 And to thank you for viewing my message, a bookmark made with my portion of the mega kit. Just right click and save.

As you may know, our store had to be rebuilt due to a problem with another store that shared the same server with us. That problem caused the host to shut everyone on the server down & we had to move to a new host and rebuild. We missed the first anniversary of our opening on October 31st so decided we'd have a combined re-opening/belated birthday celebration. 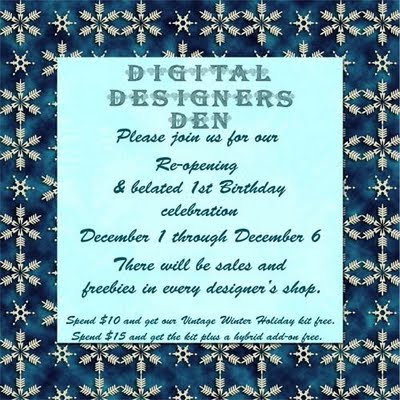 All shops at DDD have sales of 50% or more. Every shop has at least 2 gifts for you which you will have to hunt for. Look for a birthday logo in the product description along with a link to download your gift.

Below is the preview of our Vintage Winter Holiday mega kit which sells for $9.99. However, during the month of December if you spend $10 or more and send us proof of your payment, we will send you a coupon to download this kit for free. Spend $15 or more and your gift will include not only the kit but also a surprise hybrid add-on. 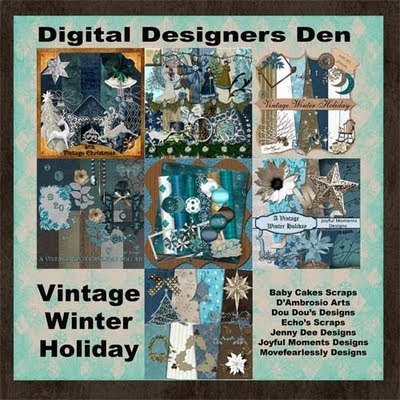 Posted by SherryD at 3:06 PM No comments: